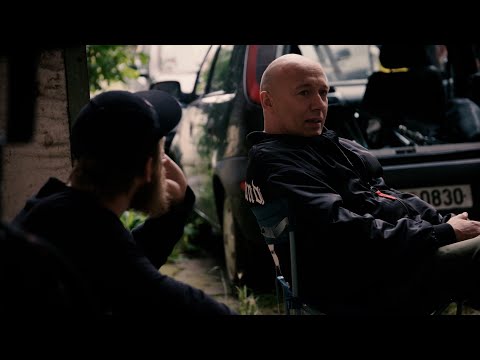 A very black comedy works with unmistakable Nordic poetics, both in the originality of situations, crystalline drama, and in the archetypal symbolism of the clash of good and evil, painful self-knowledge and provocative anarchy of genres.

Pastor Ivan sees only the good in everything and has no doubt that God stands by him. Therefore, it is not a problem for him in his rectory to provide refuge for persons serving alternative punishment and persons seeking pure support and comfort. A very peculiar society will come together: a righteous terrorist, a pregnant alcoholic, a pudgy kleptomaniac. Soon another inhabitant arrives - the neo-Nazi Adam. However, Ivan's speeches do not apply to him. Something is not right here, and it is not just the strange rules that govern the rectory in the microworld. Ivan is distorting many facts so that he can withstand the burden of his own destiny. And Adam decides to force the pastor to admit the true state of things - to see evil and to admit that the one who goes after Ivan is not Satan, but God Himself.

Adam's Apples are the culmination of a trilogy of theatrical adaptations of Nordic films (The Boss of It All? and The Art of Negative Thinking) and undoubtedly the sharpest comedy we have ever presented. Moreover, in the concept of one of the most tumultuous directors of his generation - Jiří Pokorný.

Kindly note that shooting sounds and strobe lights are used during the show.