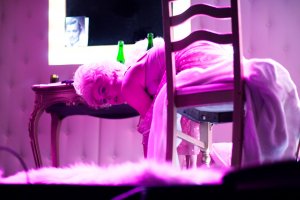 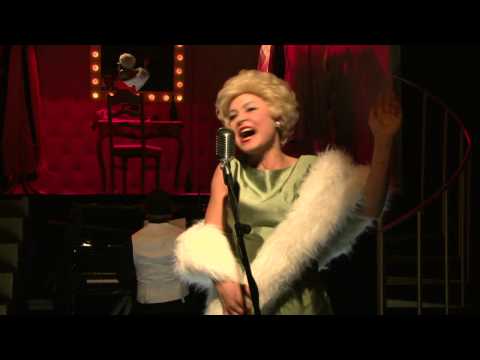 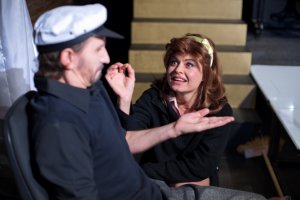 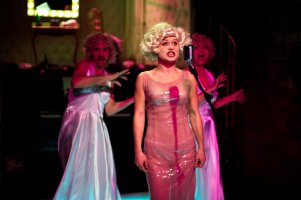 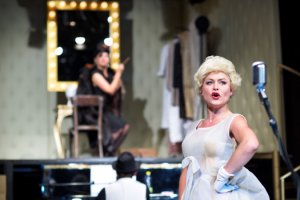 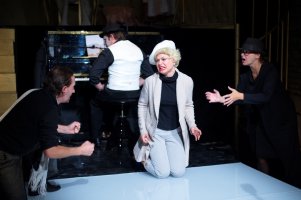 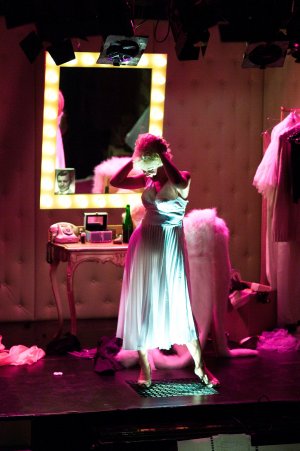 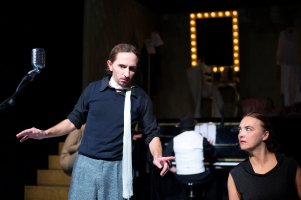 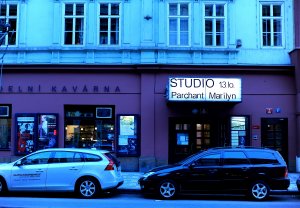 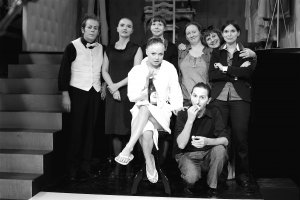 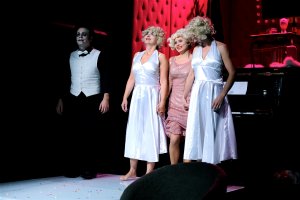 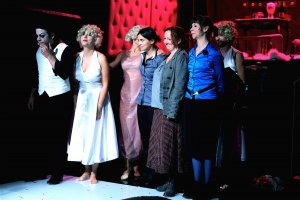 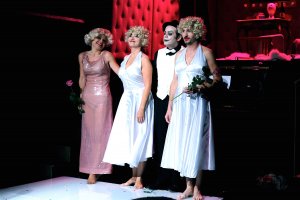 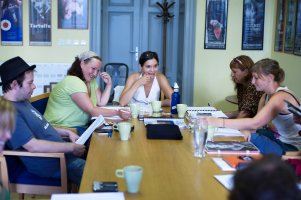 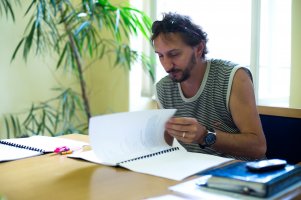 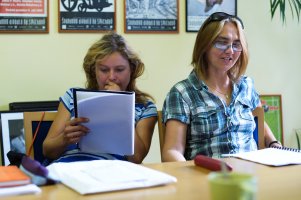 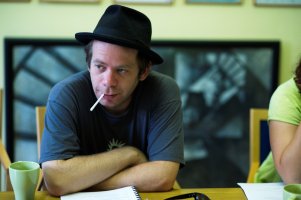 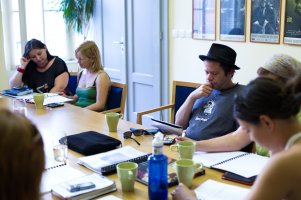 A play about the birth of a myth. The myth of MM.

About a brunette turning into a blonde and about what it costs her, a play about the star's PR and manipulation, a play about Norma Jeane Mortenson and Marilyn.

Even more than fifty years later, the icon of Marilyn Monroe still fascinates us, as a lost girl who didn't know parental love and who for the rest of her life strived to be loved, as a great manipulator and a victim of manipulation.

She was pushed to play the role she had been playing exquisitely her whole life and sacrificed everything, even her privacy, to conform with it. One day, however, she outgrew the role of Marilyn Monroe... Would she still be able to go back, would there be anything left of Norma Jeane under the mask of sexual goddess? And is there enough love in the world to make the little forsaken girl feel loved?

Thanks for the cooperation Kytary.cz

Thanks Nestlé for delivery bonbons for this production. 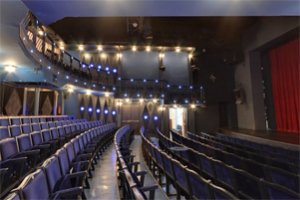